You already know that my pals and I are constantly neglected in this household. Snuggle deprived, suffering from malnutrition and sometimes we are even chased off our napping spots in the rudest way. As long as we stand together however, we'll be able to fight the evil regime of those clueless humans. It helps that we are street-smart and know how to grasp our chances.

You should have seen Mom when she found this on the table. Hehe, it's not smart to have forgotten it there, is it, lady? 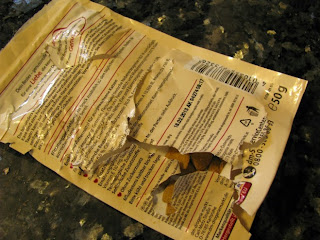 And no matter what you'll do, none of us will squeal about who did it. What are you complaining about, he or she even left some in there!

Humans vs. highly developed feline overlords 0 : 1
Posted by Ponder at 8:28 AM No comments:

Email ThisBlogThis!Share to TwitterShare to FacebookShare to Pinterest
Labels: cats, rippety-rip and feed your face

Today I want to take you to the new house of my friends Scully and Mulder (who are in charge of Mom's sister and her affairs). Of course you know I am not allowed to leave the premises, so I had to send a correspondent to take pictures.

The house itself is done in a kind of bungalow style. There is one floor and a flat shingled roof. Did you know that bungalow comes from "house in a Bengal style" with the word derived from the Gujarati bangalo?
There is a tiny garden, just the right size for "someone who has not that much of a green thumb" as Mr. Mulder put it. 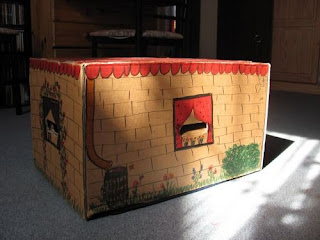 Unfortunately the architect did not care to add a verandah which caused quite strong emotions in one of the new owners, special cat agent Mulder. 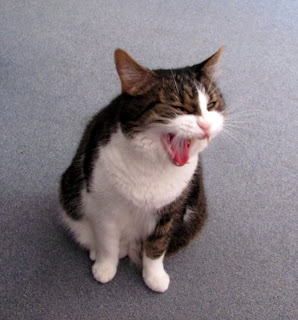 He also found fault with the bungalow being slightly too small for him. As a matter of fact it's impossible for both parties to use it at the same time which doesn't seem to be a problem however as they are on different schedules.
As you can see in the picture, the foundation leaves open a few wishes, but the ventilation is just fine. Ms. Scully loves her rose trellis, though. 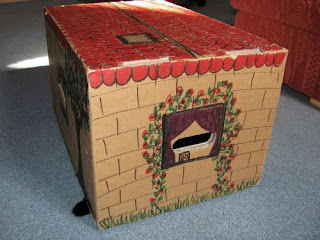 Unbelievable, but true is that the bungalow already came with some sort of graffiti, but both Ms. Scully and Mr. Mulder said they didn't mind much.
They found lots of praise for the beautiful old tree coming with the house and pointed out that they both share a love for ornithology and hoped the tree might attract some interesting species. 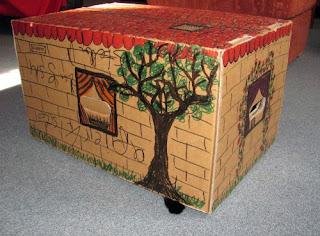 It was hard for our correspondent to take a look at the inside, so we end this article with a short glance at both inhabitants in their new place (it isn't hard to see that the house was obviously planned for Ms. Scully's needs more than Mr. Mulder's, but as he told us a gentleman wouldn't want it any other way). 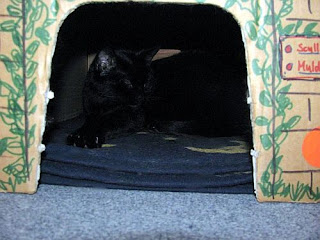 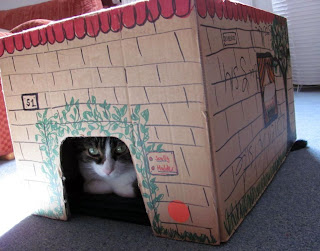 You have a new house and want us to post it here? Go ahead, we'll be happy to continue this as a series.
Posted by Ponder at 9:11 PM No comments:

Get my posts in your mailbox!